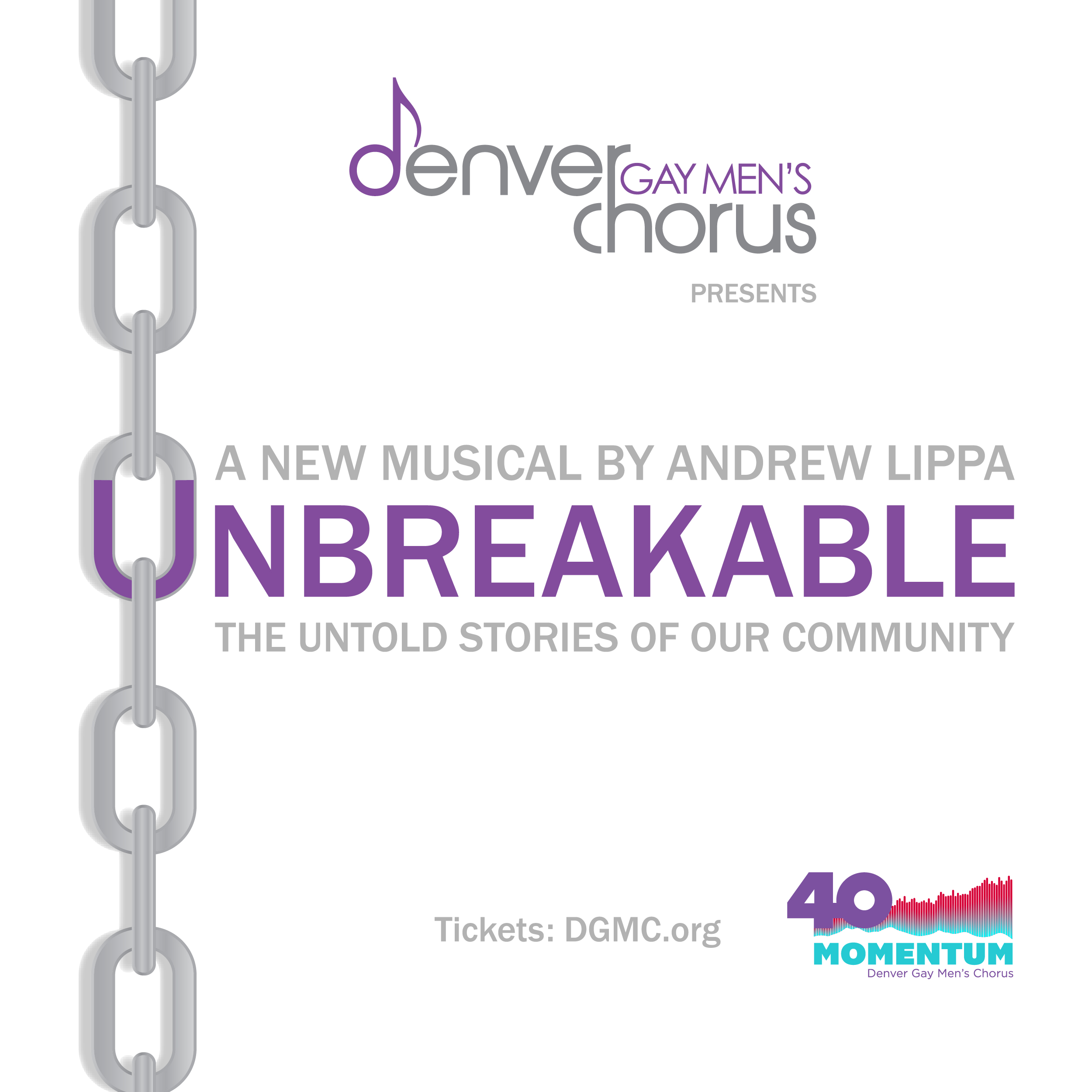 Music and Lyrics by Andrew Lippa

No intermission. Audio and video recording of this concert is strictly prohibited by copyright law.

These series of concert performances are dedicated to and in memoriam of Robert “Melba” Moore, the founding Artistic Director of the Denver Gay Men’s Chorus.

Please note, “Go to War” will feature a fake rifle. This is a prop and it will not discharge nor will there be a discharge sound effect.

From the Silence, Gerald Pearson/Jean Sibelius

Audio recording of the first song the DGMC ever sang at the inaugural concert at the Aladdin Theater, June 1982

FROM THE SILENCE
text of the opening selection

Surely, surely, from the silence,
Breaks the song that we never sang,
Come the words that we never spoke.
The love that we’ve always hidden.
Once all men feared so to say it,
The love that dare not speak its name.
At last, long last from the silence,
Lovers come bringing gifts of song,
Voices sing of manly love.
No more will we hush the singing,
Never more will we hide our love,
No more will our joy be silenced.
Manly love has its melody,
Lovers too have a song to sing.

The Room Next Door

“To be Unbreakable means you are made of something strong.  Our gay community is made of that kind of strength. Throw your worst at us: misguided law; disease; derision; dismissal. We will always rise. We will always hold hands and remind you we are, and always have been, Unbreakable.” – Andrew Lippa